Thanks, Hannah, for your help—it’s been a fun 6 weeks. Warm wishes for a successful career! 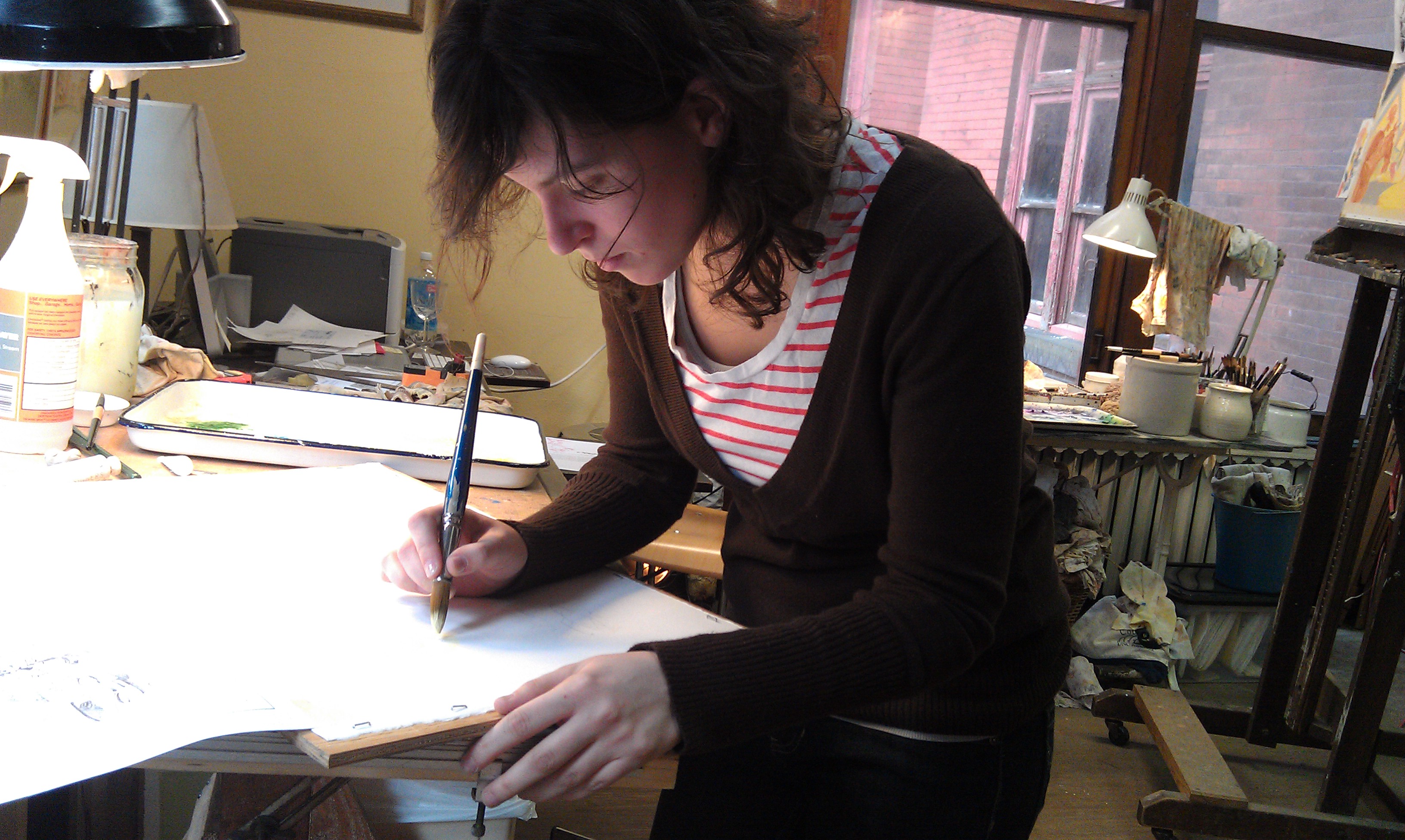 Jack and the Giant Barbecue is officially in bookstores today! I had a great time designing these characters. Here’s how Jack came to be.

The first drawing I do of a character is always too rough. I draw it just to get that drawing out of the way. Neither of the figures in the first sketch is very interesting. That hat, though, with the stitching around the brim is the one I wore when I was 4 or 5.

The second sketch is more finished, but this character doesn’t inspire much interest, either. Also, he looks too much like every other kid I ever draw.

I thought I might try making Jack a little squirt, to contrast even more with the Giant. The third sketch shows a more compact Jack. I think he’s starting to develop a personality!

The next sketch shows the smaller Jack doing different things and showing some expressions. This is the character who would have enough gumption to climb Mount Pecos and take on the recipe-stealing Giant.

Here’s a sketch of Jack deciding to go after the Giant. Art Director Anahid Hamparian thought the picture told the exact same story the words do, so she nixed it. She was right. Often, getting rid of a picture makes the story move more efficiently.